Holker Hall, is the family home of Lord and Lady Cavendish. It is a delightful family home with fine displays of antique furniture and art.

You can tour the house without the restriction of ropes and barriers, and see the distinguished library, elegant drawing room, and ornate dining room. Climb the striking staircase and you can view portraits of Charles II, and Catherine of Braganza. You can visit the bedroom where Queen Mary stayed in 1937. 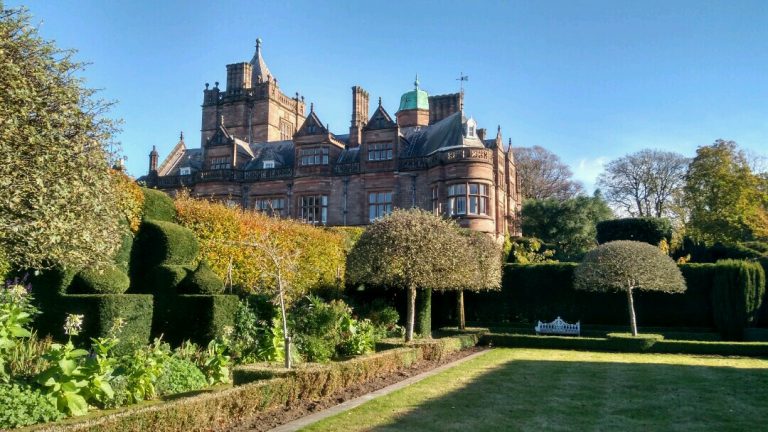 This is the area which makes the gardens of Levens Hall unique- a surreal and fantastic living sculpture gallery. It is the finest, oldest and most extensive topiary garden in the world. There are over 100 pieces here, each clipped to an unusual and individual design.

Some of the trees and bushes are three hundred years old and the layout of this garden has changed little since their planting and initial training in the 1690s. Then, it was really fashionable to have a garden in the Dutch style with clipped greens set in a pattern of formal box edged flower beds. Fashions changed by the 1730s however, and most similar gardens were ripped out to make way for the new trend of natural landscaping. Amazingly this garden survived that purge, was enhanced in the 19th Century, and continued even through the economic pressures of the 20th Century.

The shapes are made of those tight-growing, small leaved evergreens Yew Taxus baccata, Golden Yew Taxus baccata ‘Aurea’ and various forms of Box Buxus sempervirens. The low-edging to the beds is now of Japanese Holly, Ilex crenata.

Most pieces of topiary here are nameless abstract or geometric shapes but look out for the Chess pieces – the King and Queen, the Judges Wig, the Howard Lion, the Great Umbrellas, Queen Elizabeth and her Maids of Honour, a Jug of Morocco Ale and four Peacocks.

BRANTWOOD - A PARADISE OF ART & NATURE

Brantwoods is an  historic house, museum and vibrant centre for the arts. Brantwood offers a fascinating insight into the world of John Ruskin and the last 28 years of his life spent in the Lakes. Filled with many fine paintings, beautiful furniture and Ruskin’s personal treasures, the house retains the character of its famous resident. Visitors are free to explore the rooms and house stewards are on hand to answer questions. There are a range of quizzes and activities for children to enjoy. 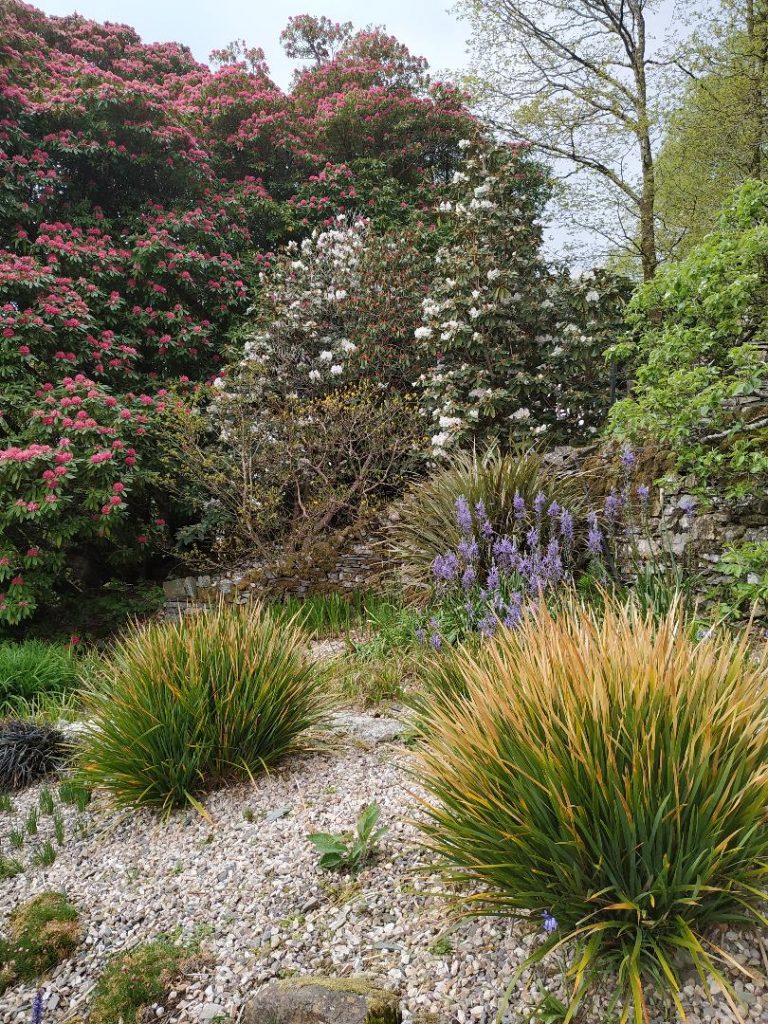